SHOP NOTICE: Some visual tags can take up to 20 weeks to deliver. Dismiss 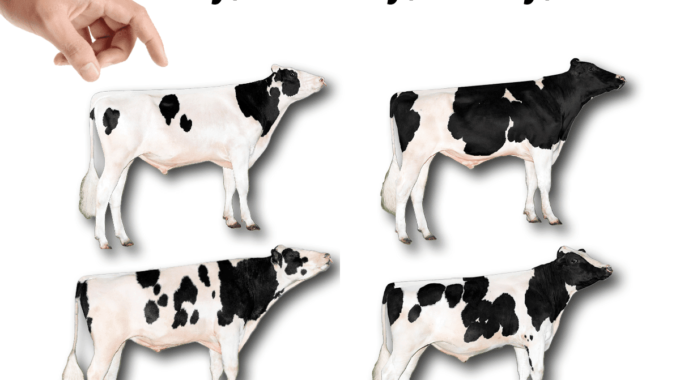 Aside from the obvious goal of generating a pregnancy, what else do you want from the genetics you buy? Are you looking to increase milk production, improve solids, reduce mastitis, better calving ease or fertility, make smaller cows, etc?

Since you seldom select genetics to accomplish a single goal, using a genetic index can be a great option. But even indexes can be a bit confusing as the number available continues to grow, as well as what they focus on.

So, where should you start to determine the best index to improve the long-term profitability of your herd? I’d suggest starting with a key question: What causes cows to leave your herd?

While the answer will likely vary from herd to herd, in most cases it boils down to reproductive failure, mastitis, low production, and lameness. Realize that low production is often caused by one of the other reasons or a different health challenge.

For which reasons do animals most often leave your herd? Once you know that, it’s easier to understand which index is best for your herd. Keep in mind, though, that for genetics to reach their full potential, a good environment for cows and calves to thrive on is mandatory.

Consensus on what is most important in selection indexes remains elusive, but they do allow information on many different traits to be combined into one index for genetic ranking. Over the years, much of the emphasis in indexes has changed from yield traits to fertility, health, and fitness traits. This has been brought about by the change in production economics and a shift to keeping more older cows in the herd, allowing fewer heifers to be raised.

Genetics typically account for only 1 percent of farm expenses, but dramatically influence your herd’s future through longevity and production. Using genetic indexes can help you get the most bang for your buck and simplify your genetic-selection process. However, to make it even easier and more effective, ask us for help. Based on your milk market and future plans, CentralStar Consultants can develop mating recommendations to meet inventory needs and achieve your genetic goals.

Which index(s) work best when you say …

SCC is high, we’re treating too many cows for mastitis.
The indexes that emphasize mastitis resistance the most are DWP$ and Select Sires proprietary HHP$ index. Along with mastitis resistance, HHP$ places some selection on udders, specifically udder depth and teat size and rear placement, which should help prevent mastitis.

We lose too many cows from reproductive failure.
TPI, DWP$, and HHP$ offer the highest emphasis for fertility. These indexes will allow you to breed for more fertile cows and cutdown the number of cows leaving for reproductive failure in the future.

Our herd has more lame cows than we should.
Lameness would fall under the category of “other cow health.” The hands-down winners on that would be NM$, CM$, DWP$, and HHP$. Lameness is lumped in with other health traits (also important), so it is more difficult to see the emphasis it receives.

Big cows don’t fit well in our facilities.
The indexes that put the greatest negative weight on large cows would be NM$, CM$, and DWP$.

I want cows that calve easily and unassisted.
All indexes put some emphasis on calving ability to the tune of 1-3 percent.

Type is still important to me.
TPI wins the race here.

Calf health is a challenge.
DWP$ is the only index that places significant emphasis on calf health and would be the go-to index to improve calf immunity.